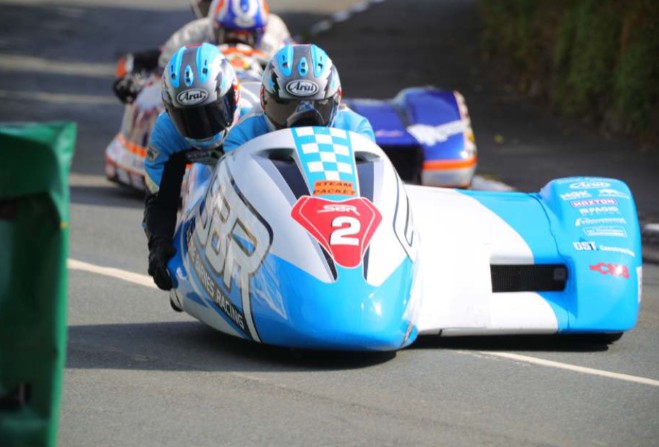 Six former sidecar champions will be present at this year's Southern 100, including a late re-entry to the event for John Holden.

Holden has resubmitted his entry into this year's meeting which he'd originally withdrawn during the TT Races after having to back out of racing on the Snaefell Mountain Course due to passenger issues.

The Blackburn driver will team up with four-time champion, Manxman Dan Sayle.

However, winners of the 2019 Sidecar Championships Race, Pete Founds and Jevan Walmsley, are due to return aiming to retain their title carrying the no.1 plate.

Also in the mix will be former champion Conrad Harrison and Andrew Winkle at no.3 as well as six-time champion Dave Molyneux alongside Daryl Gibson at no.4.

Elsewhere, on the back of bagging their first ever TT podiums earlier this month, Ryan and Callum Crowe will be hunting success on their no.7 675 LCR Triumph machine on the Billown Course.

Also amongst the competing pack will be regulars to the meeting including Wayne Lockey and Matthew Rostron as well as Lee Crawford and Scott Hardie.

This year's Southern 100 Road Races are scheduled to take place from 11-14 July.