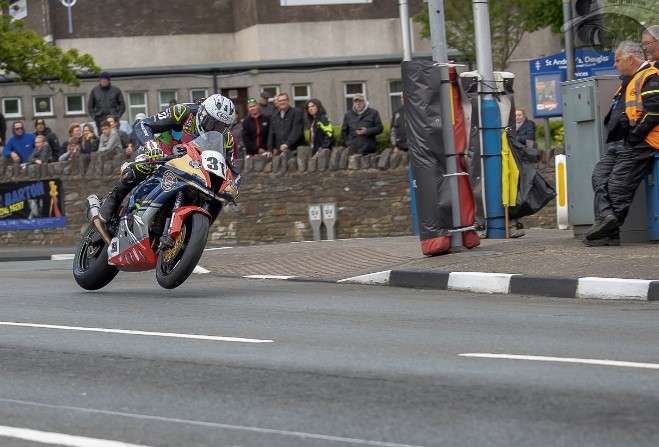 TT racer Mike Booth has had his right leg amputated following a crash at this year's TT Races.

The rider was involved in an incident at Joey's, on the Snaefell Mountain Course, during a practice session on Friday, 3 June, and suffered 'significant leg injuries'.

He was airlifted to Noble's Hospital before being transferred to Aintree University Hospital in Liverpool the same night for further treatment.

Mr Booth has since provided an update on his recovery via 44teeth.com the motorcycling website which he writes for.

He says he required 10 trips to theatre in two weeks and, whilst doctors were able to fix his left leg, the damage to his right leg was too severe so it was amputated below the knee.

However 'Boothy' says he's been 'overwhelmed' by the messages of support he's received adding 'things will be different, but it's not the end of the world'.