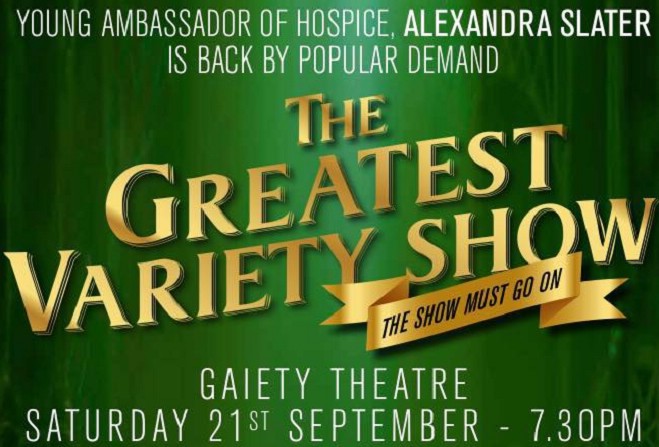 Some of the Island's best-known performers are coming together to raise their voices in aid of Hospice IOM.

'The Greatest Variety Show' gets underway at the Gaiety Theatre tonight.

During which, familiar names will tread the boards, singing an array of smash hits from the musicals.

It's the brainchild of Young Ambassador of Hospice IOM, Alexandra Slater, who is bringing the show back to the Island after a successful premier of it last year.

She will take to the stage along with David Artus, Danni Bridson and the Ballakermeen High School Choir to name but a few.

Also stepping into the spotlight will be Stage One Drama School, Manx Voices, Jack Divers and the Trinity Academy of Irish Dance.

The show starts at 7:30 and there a few tickets remaining.